What is Palantir? Palantir Explained

The Operating System of Government Decisions

This memo was initially published for patrons of BullAcademy.org's YouTube channel. If you would like to become a patron and receive early access to our research as well as access to our live Discord chat community, join us over at Patreon.BullAcademy.org.

Peter Thiel named the mysterious company after the "seeing stone" in Lord of the Rings.

"A palantír was an indestructible ball of crystal, used for communication and to see events in other parts of Arda, whether past or future." - Palantir's Wiki 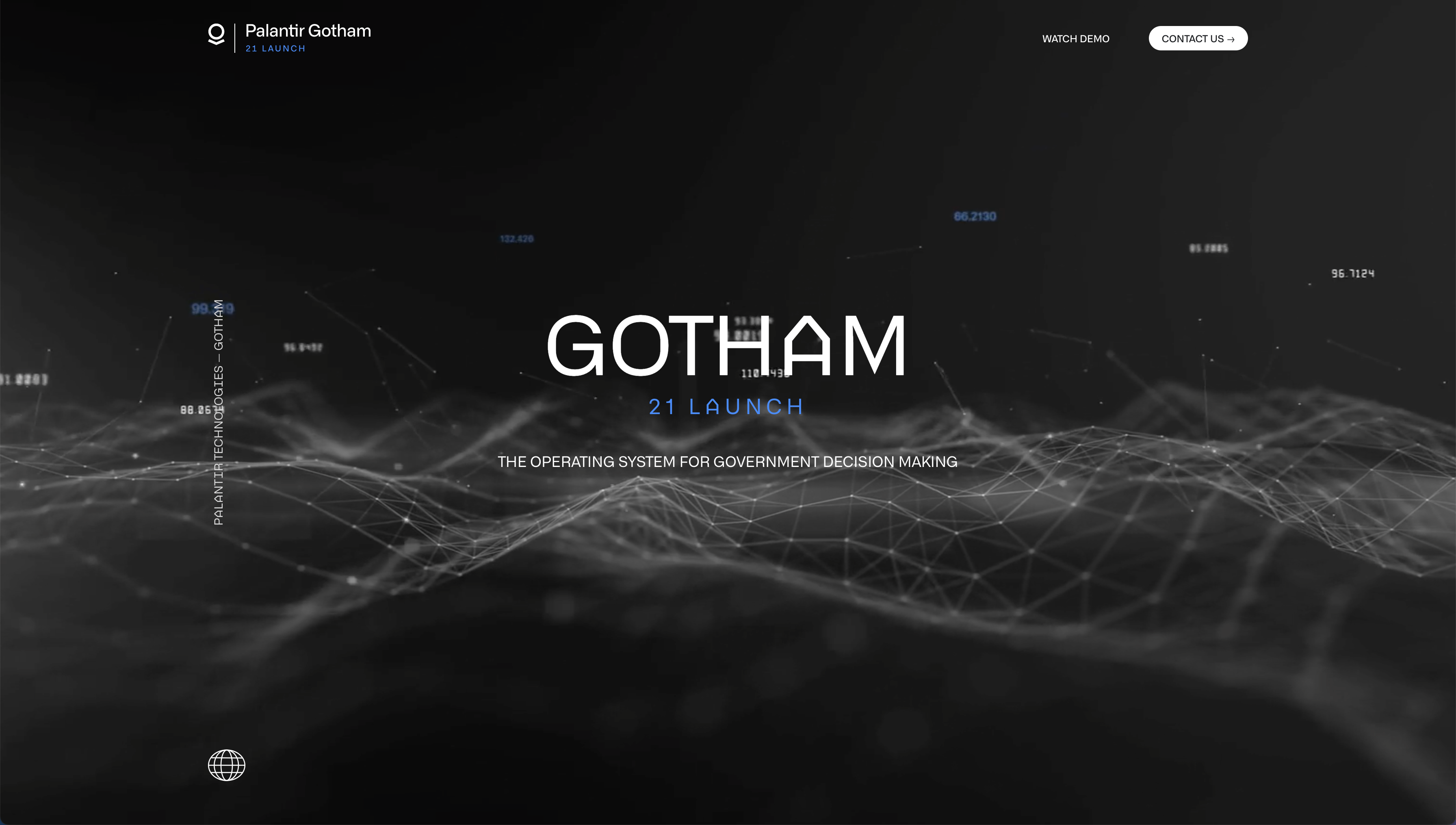 Palantir was co-founded by Peter Thiel and Alex Karp, among three other founders, in 2003 with the goal of supporting western governments, especially the USA and its allies, in the artificial intelligence race against their adversaries, such as China and Russia.

Palantir's first set of products and services, Gotham, are used by government intelligence agencies, health organizations, armies, and police departments to fight terrorism, battle infectious diseases, win wars, and prevent civilian crime. This is what Palantir refer to as the operating system of governments.

Palantir's second set of products and services, Foundry, are tailored for commercial organizations to collect, process, and analyze data in order to make better operational decisions efficiently. This is what Palantir pitches as the data operating system of organizations.

The company leverages machine learning and data analysis algorithms to detect unusual or suspicious patterns in large data sets in order to identify, predict, and report conclusions and outcomes. These products and services enable organizations to collect data, process data, analyze data, and use patterns and connections from the analysis to make better operational decisions and predict outcomes.

However, their processes are pretty manual, requiring teams of humans behind the scenes to clean, input, and interpret data.

Peter Thiel, a noted conservative and co-founder of PayPal, incorporated Palantir in May of 2003.

In 2004, Thiel bankrolled the creation of a prototype by PayPal engineer Nathan Gettings and Stanford University students Joe Lonsdale and Stephen Cohen. That same year, Thiel hired Alex Karp, a former colleague of his from Stanford Law School, as chief executive officer.

Palantir has spent its first 17 years as a private startup identifying and growing its customer base and establishing itself as a leading intelligence technology and services provider.

In its next chapter, now as a public company, the team plans to find stability in its revenue, work towards sustainable profitability, and do whatever it takes to ensure the western governments win the next frontier: the battle for artificial intelligence dominance.

The newly public company is headquartered in Denver, Colorado after opting to leave the “increasing intolerance and monoculture of Silicon Valley” in 2020. The USA based company operates in over 40 countries with a heavy preference for western governments and their allies.

Palantir, unlike other large tech companies, proudly refuses to operate in China because the country and its Chinese Communist Party is a clear and persisting adversary of the USA and its allies.

To explain why and what this could mean for their bottom line, the company says the following in its S1 Filing with the SEC:

"Our leadership believes that working with the Chinese communist party is inconsistent with our culture and mission.

Our decision to avoid this large potential market may limit our growth prospects and could adversely impact our business, results of operations, and financial condition, and we may not compete successfully against our current or potential competitors who choose to work in China."

Peter Thiel, a noted conservative and co-founder of PayPal, incorporated Palantir in May of 2003.

The CEO and fourth co-founder was Alex Karp, a proud progressive and college roommate of Peter Thiel at Standford Law.

Palantir's target market is the group of 6,000 companies making at least $500M a year in revenue.

These are the government agencies that defend their customers and private sector companies that dominate their industries and want to hold on to their lead.
The market size of the government unit is about $63B, and the commercial unit is estimated at $56B.

As of the first half of 2020, Palantir has 125 customers with their average customer accounting for $5M of their revenue. The company's top 20 customers account for 67% of their revenue, which is a questionable rate of customer concentration.

The revenue split between government and private sector customers is about 50/50.

The CIA was one of the earliest and only funders of Palantir with $2M. Now, the company's services are used by FBI and NSA for war against terrorism, but also against illegal imigration with ICE partnership.

Police departments like the NYPD and LAPD leverage Palantir's predictive technology for preventative policing. That's just a fancy way of saying police are using our most advanced technologies to spy on and profile citizens in order to make educated guesses at who may be a criminal in the future. Where have we seen this movie before ...?

Furthermore, Palantir won some new customers during the Covid pandemic. The Department of Veterans Affairs, National Institute of Health, and Britain’s National Health Service signed up to fight the spread of the highly infectious disease. Palantir helps these agencies, as well as the CDC, track the spread of the virus and better allocate resources to help mitigate damages.

Then there are the private sector customers. The NYPD, as any good friend would, referred $PLTR’s first corporate customer: JP Morgan Chase. JP Morgan $JPM uses Palantir's Foundry software for monitoring employees that might go rogue and for fraud detection. However, that partnership ended in scandal after the software was used by JP Morgan's special operations lead to spy on its top executives.

Thanks to their deep data integration with their customers' operations, Palantir's products and services have high switching costs that should help them keep customers around long into the future.

Palantir has never reported a profit.

In a recent press release for their fourth quarter earnings report, the company shared some good news on their revenue growth:"In 2020, we generated $1.1 billion in revenue, up 47% year-over-year. 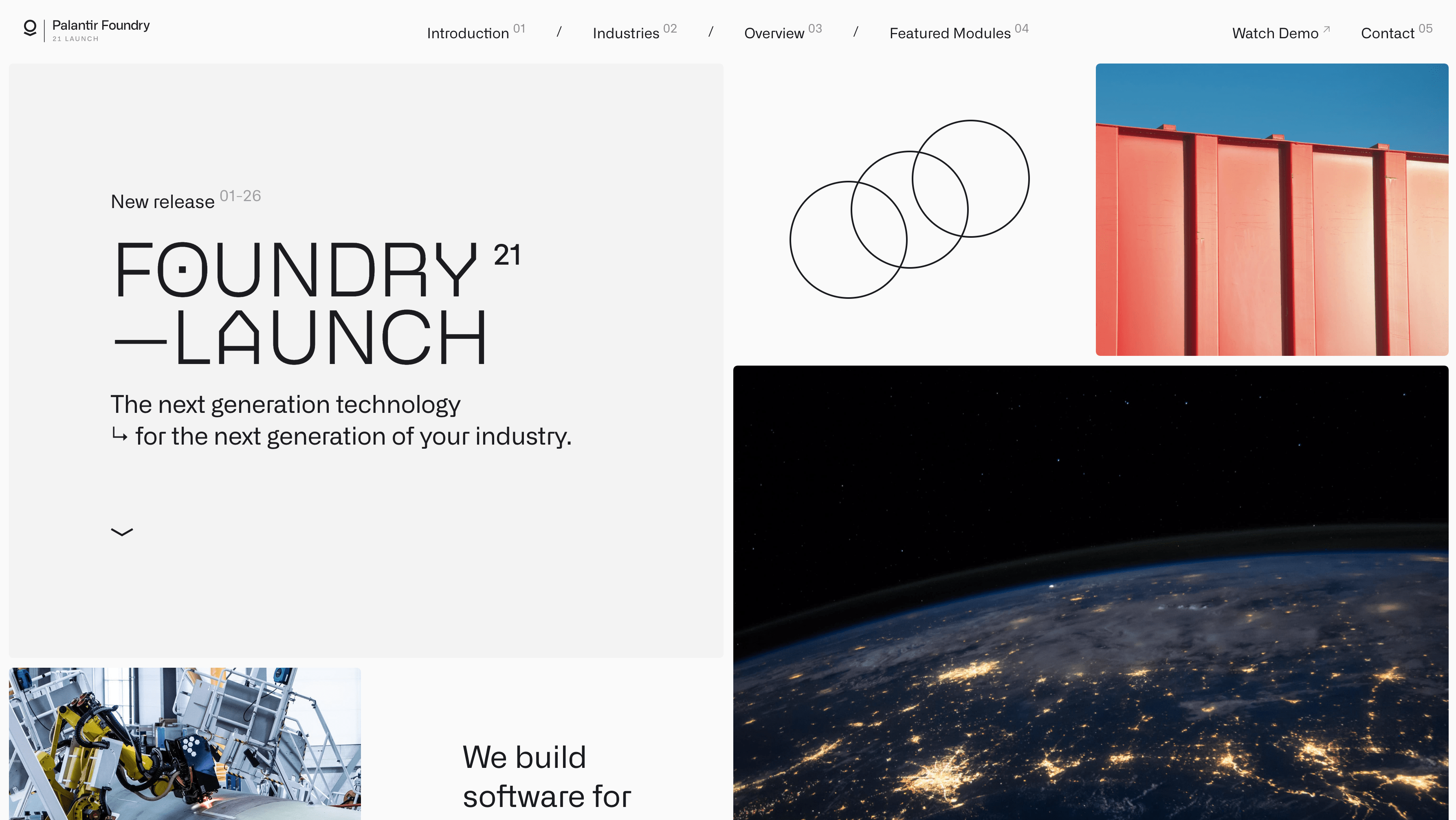 Nonetheless, Palantir's revenues are unpredictable due to the nature of their custom deals with customers and rigid sales requirements.

In early 2014, the company was valued at $9 billion, with Forbes stating that the valuation made Palantir "among Silicon Valley's most valuable private technology companies".

In January 2015, the company was valued at $15 billion after an undisclosed round of funding with $50 million in November 2014.

On the closing day of their direct listing on the public market, September 30 2021, effectively their initial public offering, Palantir was valued at $21B with a share price of $9.50. That was about 21X their 2020 forward revenue.Also, that share price was about 31% greater than the reference price of $7.25 that Palantir provided; that would be a market cap of $14.49B. 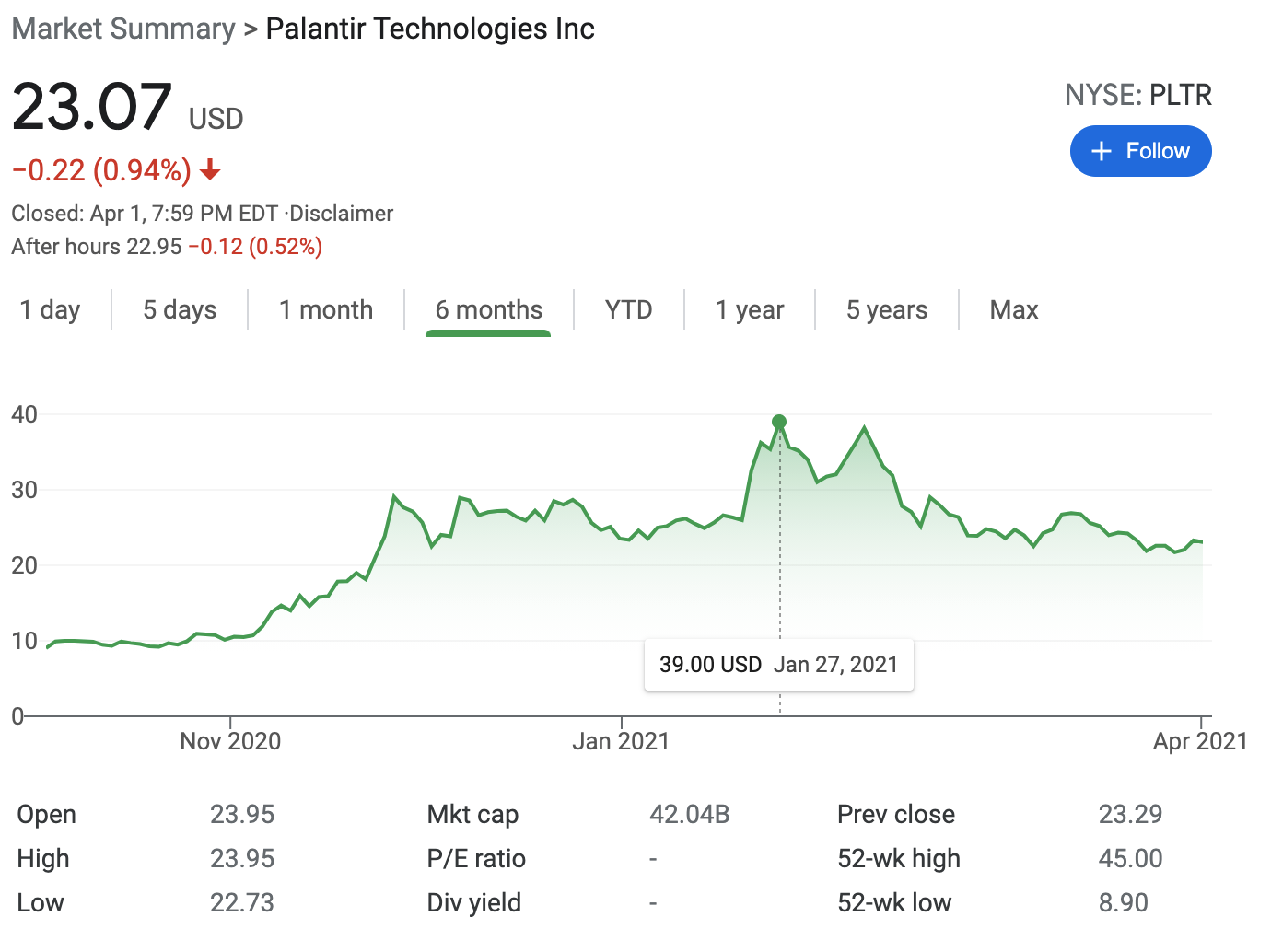 If we take Palantir's lowest revenue projection of $1.42B in 2021 and apply the price to sales multiples from 2018 and 2020, we can get to a reasonable range for the company's future fair valuation given that they've been growing at roughly the same pace.

This is still a healthy 42% increase over its 2020 IPO day closing valuation of $21B. Furthermore, this is a generous 106% increase over the reference valuation of $14.49B that Palantir provided for its direct listing in September of 2020. Most investors would take that as a big win.

Given that the company's offerings are part software and part manual processes that require teams of humans, it's hard for investors to determine how to value the company.

The question that Palantir leaves us asking is whether we should value it as a advanced software company or a consultancy company. Maybe we should just settle for the hybrid and figure out how to value that.

In the Risk Factors section of their S-1 filing, Palantir says, "Our sales efforts involve considerable time and expense and our sales cycle is often long and unpredictable." Each deal needs to be custom tailored to the customer and needs to be priced perfectly to win the contract. 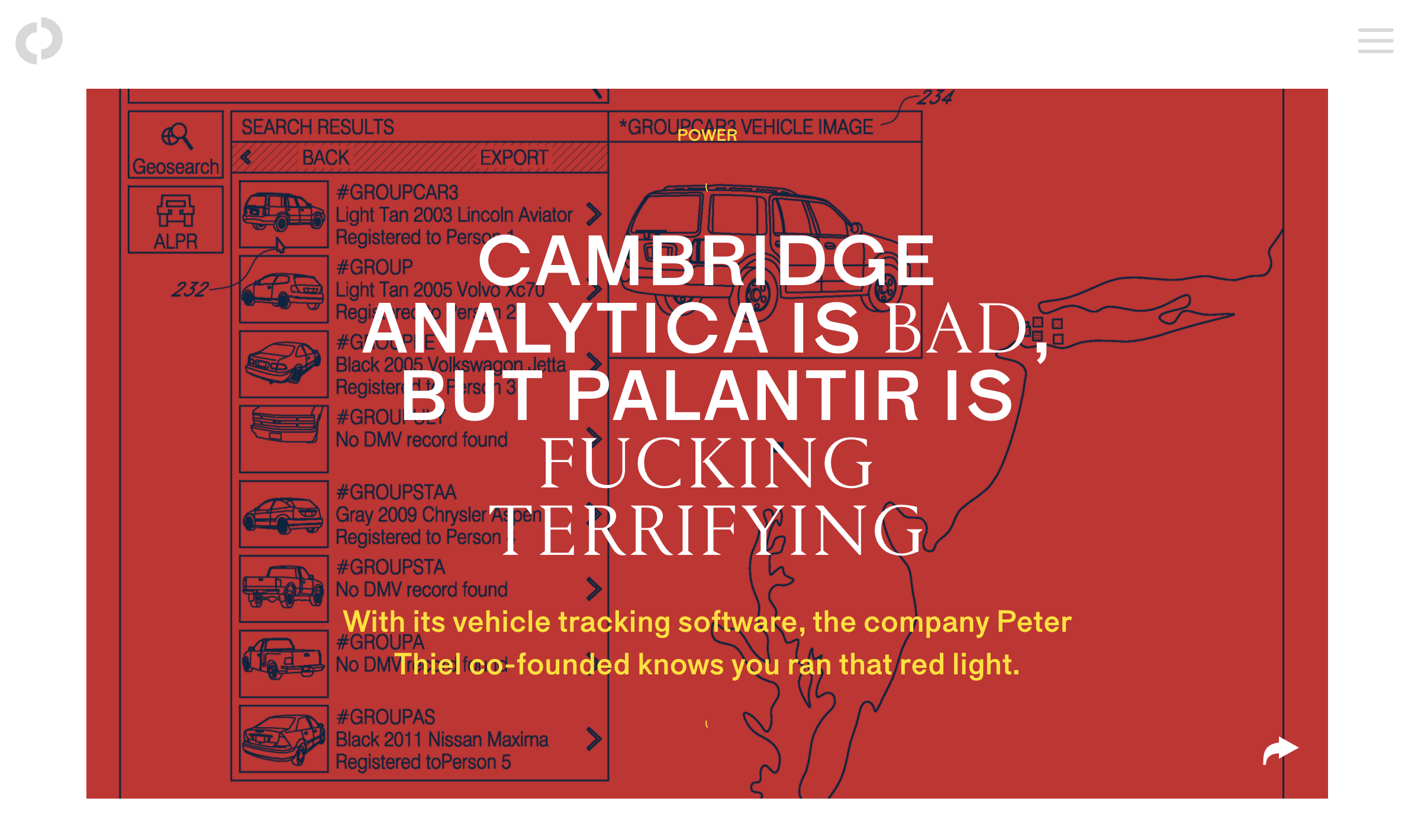 Is it a software company or consultancy?

For comparisons, let's look at some comparable companies.

Booz Allen $BAH is a consulting firm with expertise in analytics, digital, engineering, and cyber, we help businesses, government, and military organizations transform. Booz Allen had a 10% contribution margin in the same time (InvestorPlace).

Then there's $SAP. SAP is one of the world's leading producers of software for the management of business processes, developing solutions that enable effective data processing and information flow across organizations. SAP had a contribution margin 5.7 times higher than Palantir in the same time.

Palantir's software is used by police for spying on citizens for predictive policing, which largely affects minority neighborhoods.

The company even recognizes this as a notable risk factor to its success. In their S-1, they express the following:

"Our reputation and business may be harmed by news or social media coverage of Palantir, including but not limited to coverage that presents, or relies on, inaccurate, misleading, incomplete, or otherwise damaging information."

Palantir is a fascinating company that is serving a real role in the success of the USA and its western allies. I respect the mission of the company and hope they succeed so long as they act ethically and prevent their technology from being abused by bad actors.

At the time of this writing, I do not hold any shares of Palantir and do not intend to in the near-term.